How it works!
With Pay Later Finder, you can search and find 'Buy Now Pay Later' retailers for just about anything you can possibly think of! We search millions of products to match your searches to the perfect store results! Give it a try!
BNPL 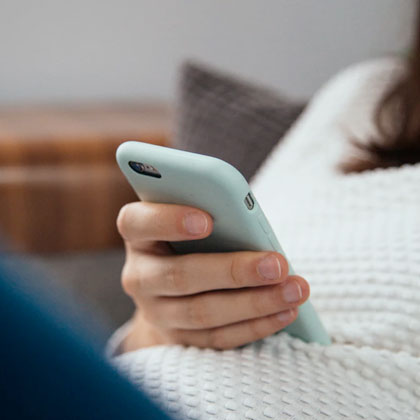 Over the last few years, a new type of payment method has been gaining in popularity. Over recent times, you have probably noticed a familiar message on website banners, emails, display ads, and sometimes even on glass windows of storefronts – shouting 'Buy Now & Pay Later' - or otherwise known as BNPL. This type of payment method where you can break down your payments into multiple installments has fast become a very popular payment choice, particularly with Millenials. Popular Buy Now Pay Later Companies include...

Founded in 2014 by Nick Molner and Anthony Eisen, Afterpay allows shoppers to break down their purchase into 4 fortnightly payments. Customers are not charged any interest, but can incur a late fee if payments are not made on time. Afterpay has quickly become one of the most preferred BNPL options, with over 4.3 million active customers, and adding 7,900 new customers each day [3]. Afterpay started in Australia, but has since expanded in New Zealand, United States, and launching in the UK (as ClearPay). Leading Afterpay stores include Levi’s, Steve Madden, Target (Au), Kmart (Au). Afterpay is also well know for a large sales event each year called Afterpay Day.

Klarna has over 60 million customers globally, offered by 130k merchants, processing over 1 million transactions daily. They are notably popular in Europe, particularly in Germany, Sweden and Norway. In fact, according to Wikipedia: about 40% of Ecommerce transactions in Sweden goes through Klarna. Klarna is based on 4 equal interest-free installments, automatically collected every two weeks. Leading stores offering this BNPL payment option include Agent Provocateur, Supply & Paul Valentine. View a list of featured Klarna Stores in Australia

Zip Co Limited (also known as ZipPay and ZipMoney) is one of Australia’s most popular BNPL options with over 1.5 million Australian customers, and over half a $billion sales the last financial year (17/18) [4]. Their offering is broken down into ZipPay (<$1000 purchases) and ZipMoney (>$1000 purchases). Popular retailers offering Zip include Kmart and Target, Officeworks and Fantastic Furniture. They also now offer Tap & Zip, which enables shoppers to be able to use Zip anywhere where you can contactless tap your phone for payment.

Humm are one of Australia's newest pay later payment providers. It was formed out of the merging of two existing providers Oxipay and Ezipay. They offer a selection of different options to cater for purchases both small and very large (up to $30k). Leading humm stores include Betta Home Living, Sportitude, My Toys Toyworld and Godfreys.

Kiwi BNPL provider Laybuy, have become one of the countries most established payment platforms. They provide customers are way of breaking up their payment into 6 weekly instalments. Top shops that have Laybuy include Shiels jewellery store, JD Sports, Cotton On, Nasty Gal amoung others. Laybuy is also available in the UK - view a list of the best UK Laybuy Stores.

Affirm is one the largest providers of Buy Now Pay Later payments in the US. Offered by leading online destinations like Walmart, Dicks Sporting Goods, Motorola and Zales. Affirm is also a popular choice in the travel sector, offered by Expedia, Travelocity and CheapOAir. In February 2019, they also announced a partnership with Walmart, providing customers with the ability to fixed monthly payments over 3, 6 or 12 months. View a list of popular Affirm Stores.

LatitudePay are another new player in the Buy Now Pay Later market in Australia, launching in 2019. They break down payments into 10 bite sized weekly amounts. Some of the retailers offering this payment method include The Good Guys, Scoopon and Catch.com.au. More stores that have LatitudePay. They have also recently released a new product called LatitudePay+ that extends the spend up to $3000 and includes a selection of different payment plans.

Popularly used in Australia and in the United Kingdom, Openpay is a BNPL payment option offered by a large range of service providers around Australia along with a selection of online retailers. Leading Openpay Stores include Total Tools, Sheridan, Bonds and Bunnings Warehouse. Rather than offering a fixed payment term, Openpay offers a selection of payment terms so that the shopper is in control of how they want to pay.

QuadPay is based on four interest-free payments broken down over six weeks. Their schedule of fees includes a late fee for the shopper if the first payment is missed, and a further payment 7 days later if payment is still outstanding. They also charge a $1 convenience fee per installment if the shopper has elected to make repayments via Debit or Credit Card. QuadPay is backed by Global Founders Capital, the venture capital arm of Rocket Internet.

Acquired by Affirm for approx CAD $340 million in December 2021, PayBright is one of Canada's most popular BNPL fintech companies, offering a simple way to break down payments into four biweekly interest-free amounts for small purchases. They also offer a payment plan for larger purchases, that is based on 6 - 60 monthly payments. View a list of some of the best PayBright stores.

Uplift is particularly prominant in the travel industry. Leading companies offering Uplift include Kayak, Southwest Vacations, Norwegian Cruise Line and more. Travel Bookings can be paid over time by being broken down into monthly installments.

These new BNPL payment methods are providing shoppers with a method of keeping track of their transactions in one central hub, helping customers manage their budget and keep track of purchases. These payment methods are also a popular choice when something goes wrong, and a big ticket purchase is needed, like when a fridge or washing machine breaks down and needs to be urgently replaced. Buy now pay later payment options are also very popular for clothing, bedroom furniture, groceries and food and electronics.

It’s no surprise that with the rise of BNPL payment providers, Millennial are also choosing to move away from Credit Cards. In fact, in Australia, Millennials are 37% less to hold a credit card, than their previous generation [1].

Of Afterpay’s 2.5 million Australian users 69% of them are under the age of 34

With the acceleration of popularity of BNPL payment methods, this leads to a range of new opportunities for Online Retailers and Brick-and-Mortar Stores to gain more customers, particularly in locations like Australia, New Zealand, United Kingdom and the United States.

In an age where Customer Experience is considered the new marketing, introducing new payment methods gives shoppers the freedom to pay the way they want to pay. It may provide a point of difference from competition, and provides new USP’s that can be used throughout your marketing collateral and advertising copy.

This was backed up this week by Millennial-focused shoe brand Steve Madden, which made Afterpay available in their US online store in October last year.

"Afterpay is doing very well for us," said Steve Madden's executive chairman Edward Rosenfeld at its results briefing this week. He said it was providing a significant percentage of its sales, "higher than we originally anticipated. And the nice thing is that on those transactions, we're seeing a nice increase in the average order value" [2]. Edward Rosenfield, Executive Chairman

The downsides to BNPL

For the retailer, the processing fee for these payment options is typically higher than the transaction rates for a standard Credit Card gateway. So orders you receive via BNPL may result in a slightly lower overall profit margin. However, since these customer orders tend to result in a higher Average Order Value, then you’ll may find it will make up the difference or better.

Training your staff on how to provide support and use the system. Like any new major addition to your payment methods or processes, you’ll have to make sure your customer servce representatives are across how to handle refunds and cancellations, and have the knowledge to answer any incoming questions – and there will likely be plenty of them - at least for any BNPL that is new in the market.

It's no surprise that with the popular use of BNPL by consumers, and the explosive growth seen by many of these providers, it is likely that this form of payment method will be here to stay. Have you used a BNPL payment option yourself? We'd love to hear your experiences in the comments below.